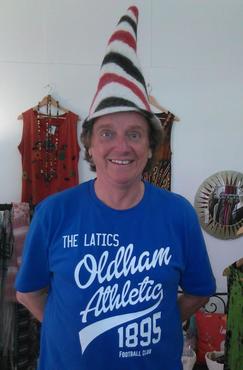 Kevin Howarth, AKA Krazy Kevin grew up in Oldham, England. Krazy Kevin’s career as a DJ started as a teenager in the pubs and clubs around the UK, and he quickly developed a loyal following of party goers and music lovers. With a love for music and a fun attitude, Krazy Kevin’s talent was recognised when he won the UK DJ of the Year competition, and was then voted UK Personality DJ of the Year for two years running. After leaving the UK, Krazy Kevin travelled and worked his trade as a DJ, Compere and Master of Ceremonies in Italy, Germany, Iceland, Holland, Hong Kong and Dubai, before settling in Bahrain, the Pearl of the Persian Gulf!

With a reputation for fun, entertainment, and excellence as a DJ, Krazy Kevin was invited to audition with Radio Bahrain where he presented the prestigious Breakfast Show. Kevin really enjoyed the daily interaction with his listeners, and loved doing interviews, quizzes and engaging with people from many countries who phoned in for a chat. He loved doing Radio in the cultural melting pot of Bahrain, and found it a hugely rewarding experience. 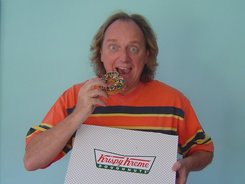 Krazy Kevin’s career continued to grow in Bahrain and he also presented ‘FMTV Hits’, a live television show that was broadcast via satellite to communities across the Middle East, Asia and Africa. When the Asian Tsunami hit in 2005, Kevin found himself talking to many victims and their families as the tragedy unfolded. Affected by the devastation and the stories being told, Kevin knew he had to do something to help! In what was the proudest moment in his career, Krazy Kevin assembled a team of entertainers, musicians, sound people, businesses and volunteers to run an all-day benefit concert that raised in excess of $100,000 AUD, and a ‘shave your head for charity’ event that chipped in a further $20,000 AUD. 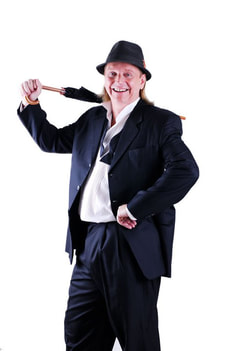 After a few years Krazy Kevin moved to the Drive Time on Radio Bahrain, and hosted a new weekly Music TV Show called Music Mania. After 12 amazing years, the call of family grew louder, and it was time to move on. Kevin and his family moved to Toowoomba in Queensland at the start of 2011 to live closer to family. Landing in Australia on the day the torrential storms and inland tsunami hit Toowoomba and the Lockyer Valley, Kevin was stunned by the devastation, but amazed by the spirit and resilience of the people. He immediately felt at home in this community.
​
After settling into life on the Darling Downs, Krazy Kevin started his business ‘Krazy Kevin – DJ – Compere – Master of Ceremonies drawing on his international career, experience and love for entertaining people. It’s been an amazing ride since 2011, and there aren’t too many weddings, parties and events around Toowoomba, the Darling Downs and Sth East Queensland that aren’t buzzing with an injection of Krazy Kevin. 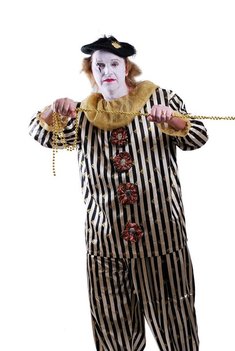 In 2017, and following in the footsteps of the highly respected Ralph Cockle, Krazy Kevin Howarth was appointed the official Toowoomba Town Crier, and you’ll see (and hear) him at most major public events being conducted around the Toowoomba Region. Krazy Kevin’s love for radio has never diminished, and he continues that passion with a regular show on Darling Downs regional radio stations Toowoomba City FM 87.6, Highfields FM 87.6, Pittsworth FM 87.6, Millmerran FM 87.6, Range FM 87.8, Crows Nest FM 88.0 and Dalby FM 87.6.

Whatever the gig, whatever the time, wherever the place – Call Krazy Kevin.